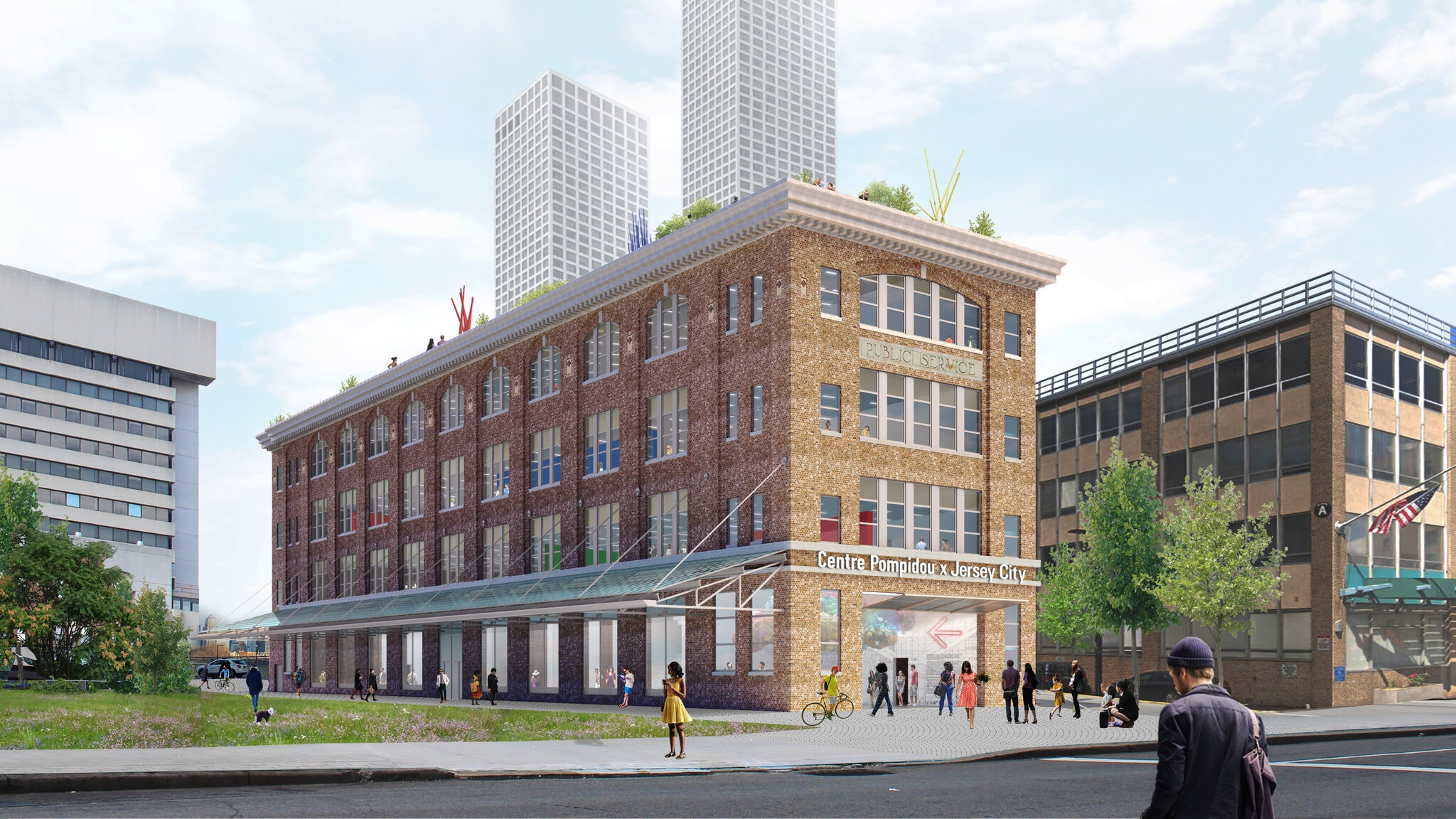 Far From Paris, the Pompidou Plans an Outpost in Jersey City

In recent years, the Pompidou Center in Paris has tried to extend its reach globally by opening museum outposts in cities hundreds, sometimes thousands, of miles away. In 2015, it opened one in Málaga, Spain; in 2018, in Brussels; one year later, in Shanghai.

So what’s the next destination for the Pompidou, the Parisian art museum and cultural center?

The institution’s president, Serge Lasvignes, and the mayor of Jersey City, Steven Fulop, will announce on Friday that the city plans to turn a century-old industrial building in Journal Square into the Pompidou’s first North American satellite. If the City Council approves the plan, the museum, which is expected to open in early 2024, will have access to art from the Pompidou’s collection of around 120,000 works and to its array of experts — as well as the benefit of being associated with one of Paris’s most popular cultural attractions.

In signing on to host the Pompidou satellite, Jersey City has agreed to assume the financial burden of renovating the building and operating the museum, which will be called Centre Pompidou x Jersey City. The city will also pay the museum an annual fee that covers project development, branding and the organization of exhibitions. A spokeswoman for the city said that the city has agreed to pay the museum an annual fee that phases up to $6 million over the course of the contract to cover project development, branding, educational programming and the organization of exhibitions.

The Pompidou’s global outposts will become more critical for the institution when it shuts down for renovations for roughly four years starting in late 2023, temporarily closing its striking inside-out home — designed by Renzo Piano and Richard Rogers — which has color-coded water pipes, air-conditioning ducts and a caterpillar-like escalator on its exterior. The satellites will allow the Pompidou to display art from its collection outside its Paris hub.

Jersey City’s government has been working to establish itself as a haven for the arts, just across the Hudson River from New York City — one that is willing to invest in new cultural attractions, such as the recent restoration of the century-old Loew’s Theater. In November, voters also approved a ballot measure that promised to create a new tax that would help finance cultural institutions.

“The hope is that we will be able to leverage the Pompidou’s expertise, their experience elsewhere in the world and their collection to create something really significant here,” Mr. Fulop said.

The city has been looking for a use for the four-story brick building at 25 Journal Square — called the Pathside Building, it’s adjacent to a PATH train station — since 2018, when it purchased the building for $9 million. The city prevented it from being turned into residential units, instead promising to turn it into a museum and community center.

Built in 1912 as part of a trolley compound, the building was turned into Hudson County Community College classrooms and a library during the mid-1990s. During recent renovations, the city exposed a gallery space with 17-foot-tall ceilings on the first floor, said Jason Long, the chief architect on the project.

The total cost of the renovation is not yet clear, but Mr. Fulop estimated it would be between $10 million and $30 million. To help pay for the museum, the city expects to raise funds from the private sector and seek state subsidies, Mr. Fulop said.

The city has yet to determine the artistic direction of the museum. Like the Pompidou Center in Paris, the Jersey City branch will be not just a gallery but a multidisciplinary cultural and educational center that could host talks, films and live performances.

The pandemic slowed the negotiations between the museum and the city, moving the critical conversations online instead of in person and preventing Pompidou officials from visiting the Jersey City building.

“It is the first time we’ve concluded a contract without being there,” Mr. Lasvignes said.

The Pompidou Center has considered museum outposts in North America before, including in Chicago, but those plans never came to fruition. As with the outposts in Málaga and Shanghai, the contract between the Pompidou and Jersey City will last five years, starting in 2024, after construction is expected to finish; afterward, there will be the option for an extension.

Close Menu
Move your business to NJ - Find out if you're eligible for the Emerge program
We use cookies on our website to give you the most relevant experience by remembering your preferences and repeat visits. By clicking “Accept All”, you consent to the use of ALL the cookies. However, you may visit "Cookie Settings" to provide a controlled consent.
Cookie SettingsAccept All
Manage consent

This website uses cookies to improve your experience while you navigate through the website. Out of these, the cookies that are categorized as necessary are stored on your browser as they are essential for the working of basic functionalities of the website. We also use third-party cookies that help us analyze and understand how you use this website. These cookies will be stored in your browser only with your consent. You also have the option to opt-out of these cookies. But opting out of some of these cookies may affect your browsing experience.
Necessary Always Enabled
Necessary cookies are absolutely essential for the website to function properly. These cookies ensure basic functionalities and security features of the website, anonymously.
Functional
Functional cookies help to perform certain functionalities like sharing the content of the website on social media platforms, collect feedbacks, and other third-party features.
Performance
Performance cookies are used to understand and analyze the key performance indexes of the website which helps in delivering a better user experience for the visitors.
Analytics
Analytical cookies are used to understand how visitors interact with the website. These cookies help provide information on metrics the number of visitors, bounce rate, traffic source, etc.
Advertisement
Advertisement cookies are used to provide visitors with relevant ads and marketing campaigns. These cookies track visitors across websites and collect information to provide customized ads.
Others
Other uncategorized cookies are those that are being analyzed and have not been classified into a category as yet.
SAVE & ACCEPT
Floor Plan Download
Contact